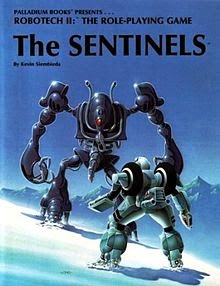 One of the RPG books that I clearly remember being completely and totally jazzed by was Palladium's Robotech II: The Sentinels RPG.  When Sentinels came out, I was in middle school and a very new gamer.  It was my 8th Grade year that I scored a copy of the book to add to my rapidly growing collection of RPG materials.  Robotech was always a passion of mine- when I discovered it on Channel 44 when I lived in Temple Terrace, Florida.  The show was like nothing I had seen before- there was depth to the characters, people died, had relationships- it was altogether just deeper than any cartoon I had seen before.  When Sentinels and the novels based on the aborted TV series dropped, I voraciously devoured them.  Same with the comic books.

In one of my attempts to stave off depression through immersion in nostalgia, I picked up my Sentinels book and started flipping through it.  One of the things I was always more than a bit disappointed in was Palladium's attempts at deckplans.  They really only served as a general layout if that- there was no real sense of scale and nothing even approaching detail.  Still, it gave me an idea of what was inside some of the major vessels of the Robotech Wars.  As I paged through the deckplans of SDF-3, I noted the restaurants that pepper the recreation deck.  Something struck me as I started reading further to find all the ethnic cuisine restaurants listed on SDF-3: Why would the Robotech Expeditionary Force expend the resources to put an Italian joint on SDF-3?  Did this mean they had to spec out the needs of that restaurant for the projected length of the Expeditionary Mission?  Was it staffed by military personnel, or civilian contractors?  It seemed to me to be quite a complication for what was essentially a military mission. 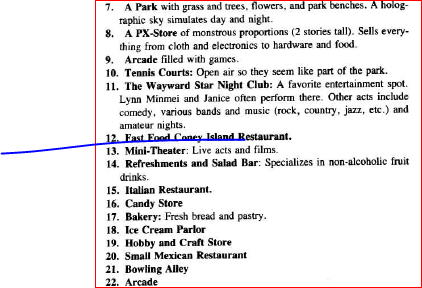 That must have been the point, though.  A military mission in which tens of thousands of humans and their Zentraedi allies would be travelling farther than anyone from Earth had ever gone, on a mission whose length was impossible to estimate with any accuracy.  Sailors on modern Navy vessels can generally get liberty quite a bit more often than would be expected of a deep-space mission like the one the SDF-3 was being tasked with.  Even ballistic missile submarine crews typically undergo cruises no more than six months at a stretch.  In order to send an expeditionary mission into deep space, crew comfort and morale must be a concern.

In modern space exploration, every square inch of space, every pound of weight is critical and cannot be wasted on frivolities.  Aboard an SDF-class vessel, however, where space is at somewhat less of a premium.  Remember that SDF-1 managed to carry 70,000 civilians plus the better part of a city with its hull.  SDF-3 was larger still, and unburdened with a civilian city.  It would be much less inconvenient given these parameters to devote the space and storage for something as unnecessary as an ethnic dining venue.  SDF-3, if the Palladium deckplans are to be believed, has lounges and mess halls aplenty- probably more than are strictly necessary.   I suppose the number and location of these facilities could have many purposes - so that members of a given unit or division might dine together, perhaps, or simple convenience to the location of one's sleeping quarters.

The architects of SDF-3 must have remembered the morale effect of VT pilots off Prometheus taking a jeep into "town" to go eat at Minmei's Chinese restaurant.  In the entire series run of Macross, I think military dining facilities aboard SDF-1 are seen only once- when Claudia and Lisa are having coffee in the command tower lounge early in the series.  With the space to spare, why not continue the tradition of SDF-1 and offer a few creature comforts to people who are leaving their star system possibly never to return?

It's probably my idle mind, but there's something I find comforting about the concept of being able to forget for a moment that one is on a massive warship in deep space.  It has become accepted alternate canon for Robotech fans of late to accept some changes.  The REF is no more, the UEEF is the 'real' authority over SDF-3, now known as Pioneer.  Given this change in paradigm, with SDF-3 becoming the centerpiece of a fleet, it now seems like it would be even more desirable for SDF-3 to carry facilities like the restaurants and multiple PX shops noted on the deckplans.  Now SDF-3 can be the spacefaring liberty port for every other vessel in the Expeditionary Force.  Crew on the Tristar or Battle-class vessels will be dealing with the full-on warship experience.  Tight quarters, military food service, limited recreational facilities.  BUT- a healthy rotation of crew through SDF-3 means the crew are able to see a simulated sky, visit parks and restaurants, do some shopping at the ship's several PX facilities.

I really have no idea why my brain fixated on the ability for a crewmember of SDF-3 to grab some spaghetti, enchiladas or General Tso chicken while hanging in orbit over Fantoma.  My head is now full of mental notes on the supply vessels that doubtless accompanied the UEEF fleet having storage dedicated to pepperoni, shredded cheese, rice, ginger...  All these things would not be luxuries, they would be vital to the morale of thousands of personnel trapped inside metal canisters for what could be years on end.

Now, more than ever, I want to run a Robotech game.