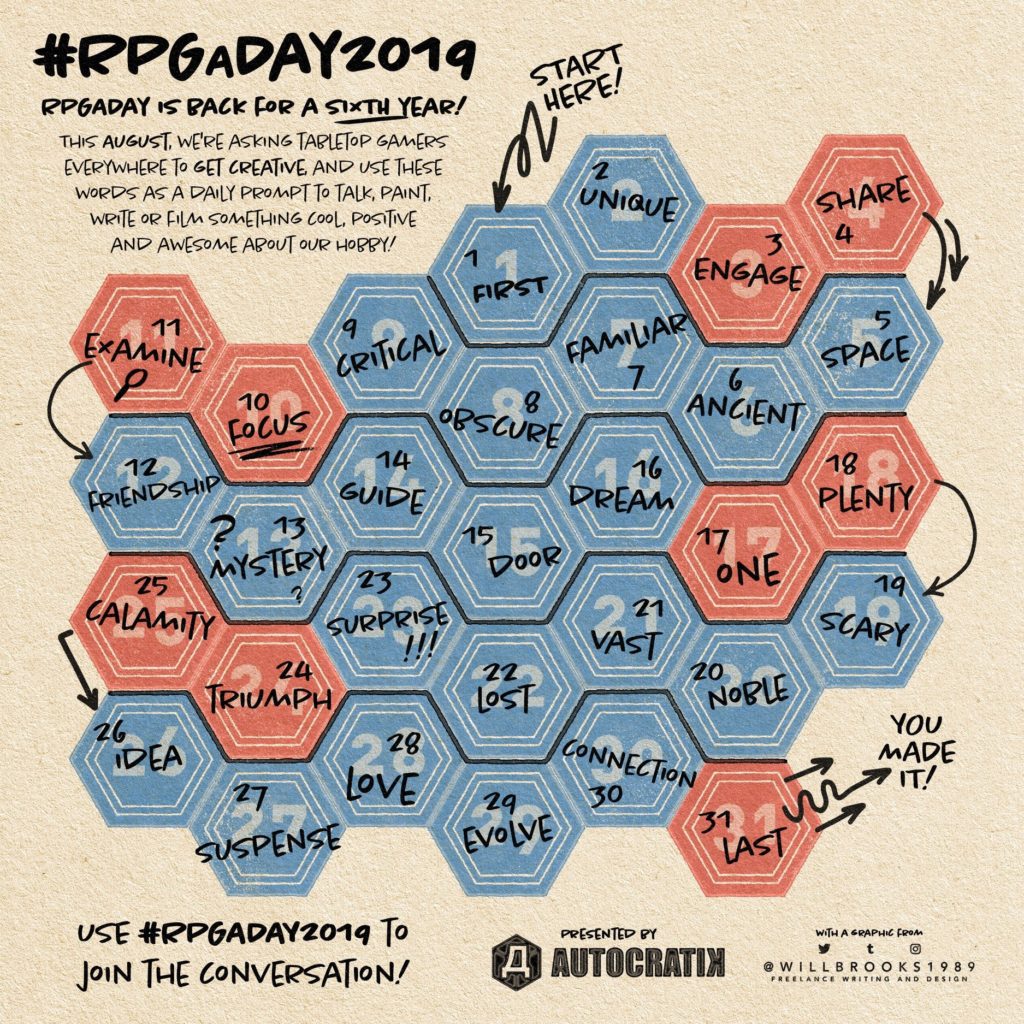 I often get asked why I collect multiple copies of a lot of games.  I have eight AD&D First Edition Player's Handbooks.  I have three copies of Robotech II: The Sentinels.  We recently had eight copies of TSR's Marvel Superheroes printed at LuLu, along with some B/X books and some copies of Star Wars REUP.

Why?  Because sharing is part of the hobby.  Sharing our love of the games and the games themselves.  RPGs are at their best wit a group of players, though solo options do exist.  But more than that, I have a love of sharing the hobby itself.  Bringing new people into the RPG fold, showing them how the games are played and watching them figure it all out for the first time.  Some of my favorite moments in the 33 years a gamer have been teaching someone how to game for the first time.  I've been the first GM for more people than I can count, including some of my best friends, my wife, my kids, the list goes on.  Even total strangers- we go as a group to local events and set up game tables to teach tabletop, and let the participants walk away with Swords & Wizardry Light plus some dice and character cards.  The Royal Dragoon Guards gaming club spends our own money to give these things away for the love of the game.  We want more folks to jump into our hobby.  I know I feel that anyone could enjoy gaming, if they found the right genre of game and the right people to play with.

My multiple copies also become the seeds of further game libraries.  There are a few favorite books I rarely pass up at a used bookstore, even though I already own them.  I score them because it allows me to just hand copies of the core books to a new player and say "Keep them!"  When I found out I had a sister in 2014 at the age of 39, and that she was a teenage gamer, I created a shake-and-bake library of starter books to help her get her own collection started.  Some of my favorites, and games that were important to me in my youth.  Shadowrun and D&D were games whose current versions she already played.  Having extra copies around meant I could share with her the versions upon which I cut my teeth.  The photo below is my sister Carlie's initial seed collection culled from my own library.  This is why I hang onto extra copies of a lot of things- the ability to share.